Andrew Johns calls for four NRL clubs to be culled 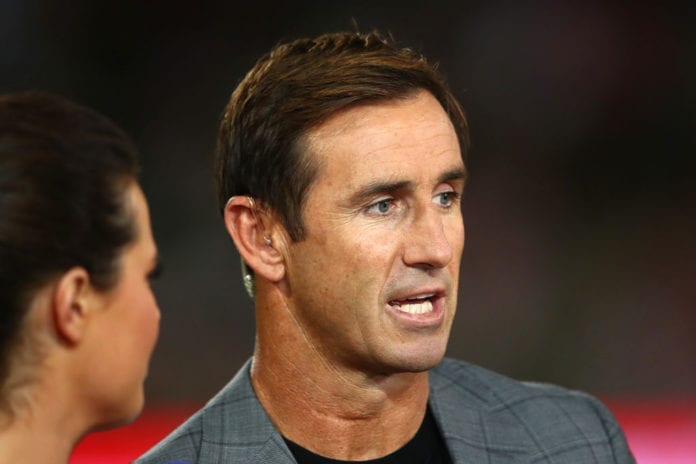 SYDNEY, AUSTRALIA – MARCH 21: Commentator Andrew Johns looks on before the round two NRL match between the St George Illawarra Dragons and the South Sydney Rabbitohs at Netstrata Jubilee Stadium on March 21, 2019 in Sydney, Australia. (Photo by Cameron Spencer/Getty Images)

Former NRL great Andrew Johns has called for the NRL to move to a 12-team competition to survive the financial devastation from the coronavirus crisis.

Speaking on his Nine Network show Freddy and the Eighth, the rugby league Immortal said the competition shutdown means the gap between the strong and weak teams will only grow bigger.

“The worrying thing for me … is this year I could see a bigger difference between the elite and the poor clubs, the ones that were struggling,” Johns said.

“When we come back the gap is going to get bigger and bigger between the wealthy, stronger clubs with the best players and the rest.

“It’s going to be even more extreme. The strong will get stronger, and the weak will get
weaker.”

Johns said reducing the amount of teams in the league could be the NRL’s only option.

“Only the strong survive,” Johns said.

“And if you have a look at the juniors there are less kids playing for whatever reason. There’s less numbers so I think 12 (clubs) is the best number.

“But how that happens I don’t know.”

NSW Blues coach Brad Fittler said clubs will have to operate with significantly less recourses and finances and that the Bunker should be removed from the game.

“The thing that is going to come out of it is footy clubs will be reduced (financially),” he said.

“There will be less people analysing video, less trainers and less medical staff.

“And I think what you are going to find is the game will change a little bit. I think the Bunker has got to go.

“I think if you take out the Bunker, that’s a huge cost which isn’t necessary.”