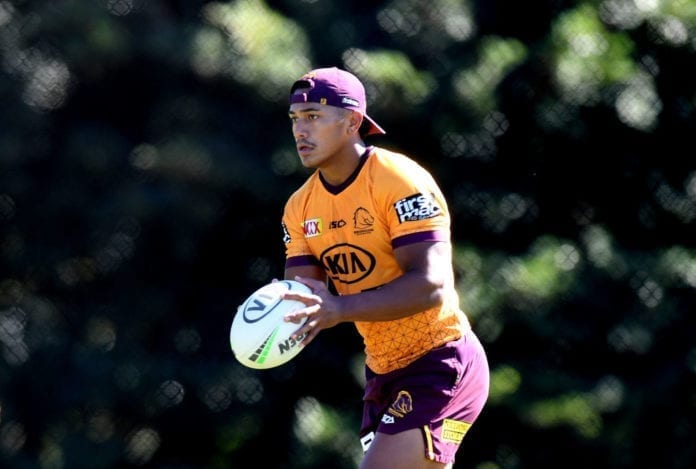 Inaugural Dolphins coach Wayne Bennett has revealed contract negotiations are ongoing for Tesi Niu to join the club in 2023, although he is “not confident” at this stage.

Niu has fallen down the pecking order to play at fullback for Kevin Walters’ Broncos side after the off-season signing of Reece Walsh from the New Zealand Warriors.

While Te Maire Martin went the other way back to the Warriors for 2023, Walsh joins Niu, as well as other starters Herbie Farnworth and Selwyn Cobbo in vying for the number one jumper.

Both Farnworth and Cobbo are known to want to play fullback, with the Englishman off-contract at the end of 2023 and Cobbo having re-signed long-term for the club.

With Farnworth and Kotoni Staggs playing at centre for the Broncos, there is no immediate way into the starting side there for Niu either, prompting his push for a release.

While the Dolphins have signed Hamiso Tabuai-Fidow, the club are on the lookout for more backline depth and Niu would appear to be nearly the perfect fit for the NRL’s newest expansion club.

Bennett told News Corp that he won’t be confident on the signature for 2023 until the contract is signed however.

“No, I’m not confident he’ll be a Dolphin in 2023 until he signs a contract,” Bennett said.

“There’s a number of other players out there we’re negotiating with and talking to (as well).

“I’m not into the politics of it all. (Niu) hasn’t signed a contract, he’s not here. We’re negotiating with him … we just have to be patient and see what happens.”

Bennett has previously confirmed his interest in Niu.