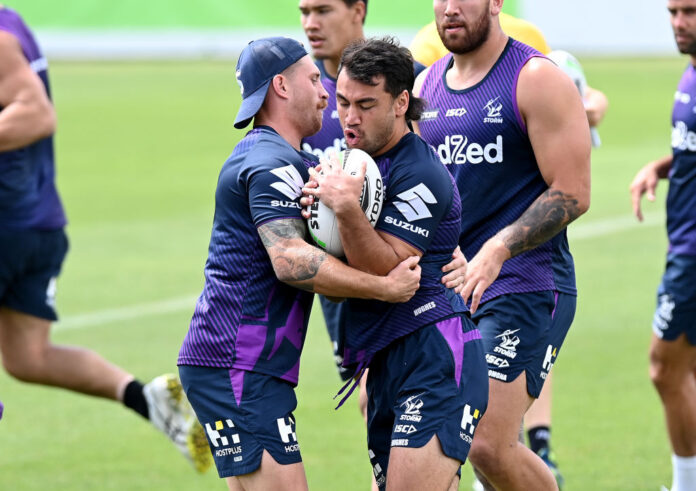 The Melbourne Storm came into the 2021 season as one of the favourites to take out the competition and go back-to-back.

Those thoughts seemed to only get stronger the longer the season went on with Melbourne breaking all sorts of attacking records. The new rules played their part in the scoring rampage that Craig Bellamy’s side went on, but it wasn’t the only factor.

Never before had the competition seen such an attacking juggernaut, with the men in purple running up more than 40 points more often than they didn’t. Despite a few early season losses, they lost just three games during the regular season to break a winning streak record, and also finished up with an average of 33.9 points per game by the time it was all said and done.

Their defence wasn’t quite at what could be considered normal Melbourne standards, but it didn’t matter thanks to their attack.

They then rolled through the first week of the finals, trouncing the Manly Sea Eagles, before finally being brought undone by eventual premiers the Panthers.

But with 2022 approaching, the questions over whether Melbourne can continue to be as successful as they have been for most of the last decade are reaching something of a fever pitch. 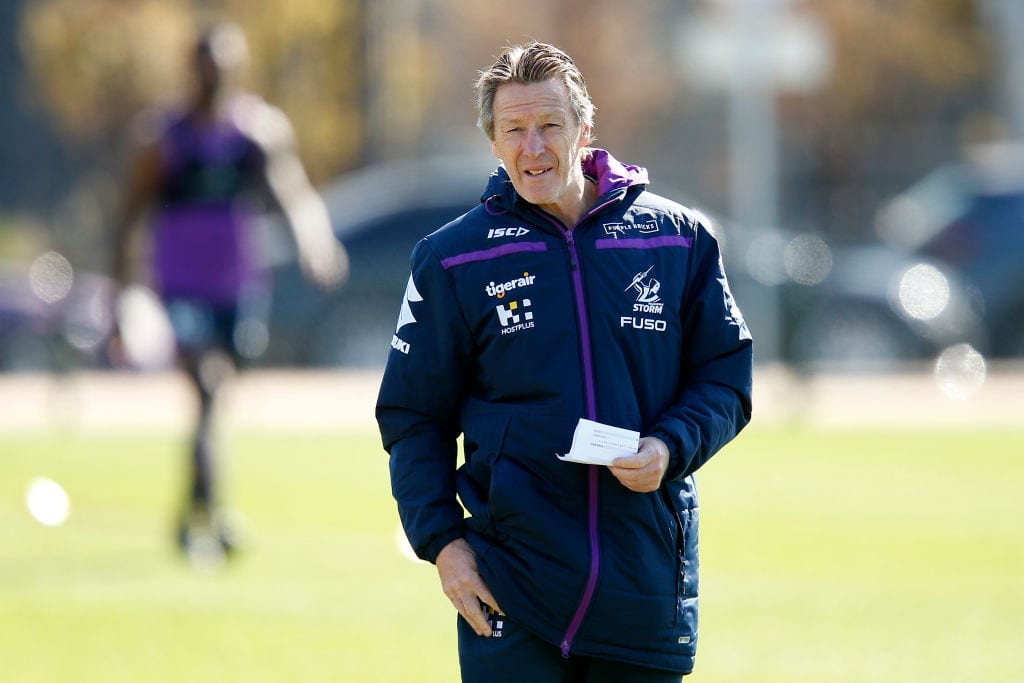 This is a team who have lost Josh Addo-Carr and Nicho Hynes for the upcoming season, and have others who have already agreed to go elsewhere for 2023.

Bellamy always seems to find a way of producing the best performances out of his players – and most of the time better than anyone would ever have thought possible – but those questions are louder than they have ever been.

Accusations of a damaged culture, the white powder scandal at the end of 2021 and the mass exodus from the club paints a picture that questions need answering.

Here are the five which will shape the Storm’s season.

Can Cameron Munster get back to his best?
Cameron Munster is still one of the best players in the competition, but for much of 2021, he was outshone by his teammates around him.

By his own admission, Munster didn’t have a season which was at the standards he would have liked it to be, but with Nicho Hynes and his influence gone, you feel like it absolutely must be for the 2022 season.

The Storm need an experienced leader to take control of the game, and while Jahrome Hughes moved himself into the conversation among the best halves in the game with his last 12 months, there is a reason Munster has been a mainstay of the Queensland State of Origin team for the first couple of years.

Whether it’s led by his kicking game, running game or creativity, he needs to get back to his best and make the Storm his team once again.

This is a team who need Munster at his best. 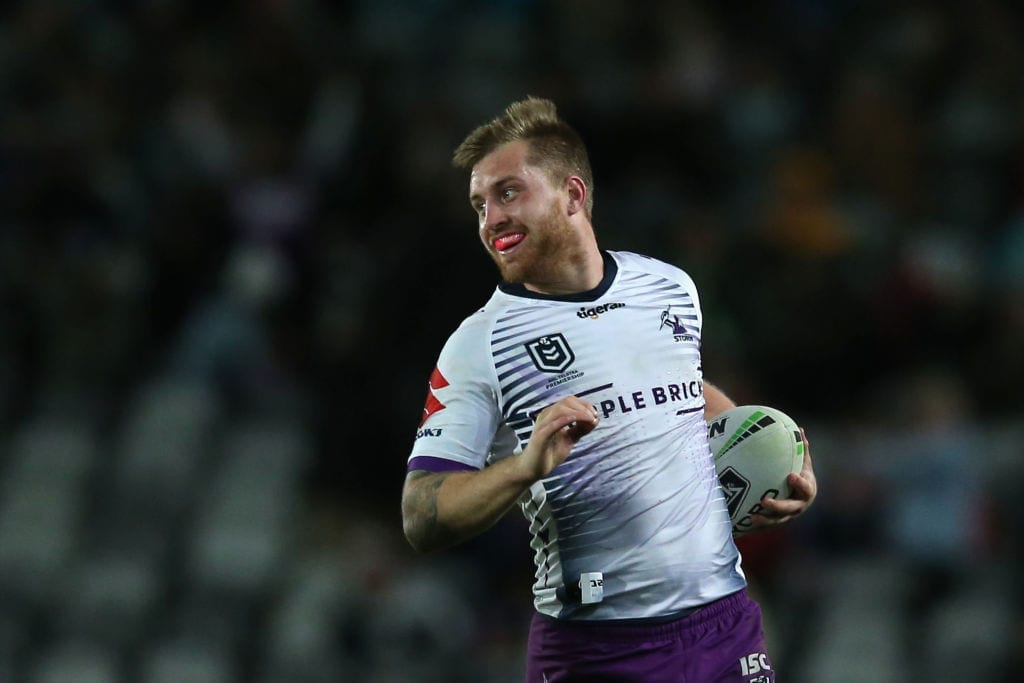 GOSFORD, AUSTRALIA – AUGUST 11: Cameron Munster of the Melbourne Storm in action during the round 21 NRL match between the South Sydney Rabbitohs and the Melbourne Storm at Central Coast Stadium on August 11, 2019 in Gosford, Australia. (Photo by Ashley Feder/Getty Images)

On a regular occurrence, the Storm’s pack simply had their way with their opposition.

That may not be quite so simple in 2022, and it all comes down to a lack of depth. Nelson Asofa-Solomona and Tui Kamikamica were good enough to be starting in just about any other team in the competition last year.

That has gone out the back window this time around though thanks to their own respective problems which could well prevent them from playing, and when the loss of Dale Finucane is thrown in on top of the pile, the problems are clear to see.

The likes of Trent Loiero and Chris Lewis will need to improve and play bigger minutes, but they don’t have the size, punch or strength of the two players who potentially won’t be playing, and so there are very real questions about how the Storm deal with this.

Will Josh Addo-Carr’s output be replaced?
Sometimes, you don’t realise what you had until it’s gone.

Josh Addo-Carr has been a weapon on the wing for the Storm for as many years as he has been at the club.

His defence has improved out of sight over the years, however, his running game has been outstanding, and it’s what has set him apart from most wingers in the competition.

In fact, you’d say he was virtually unchallenged in that department until the emergence of Brian To’o.

The Storm have signed Xavier Coates who is his likely replacement, and also have Ryan Papenhuyzen in the back three, but replacing Addo-Carr is easier said than done, and given the style they play, they desperately need someone who is going to be able to match his output. 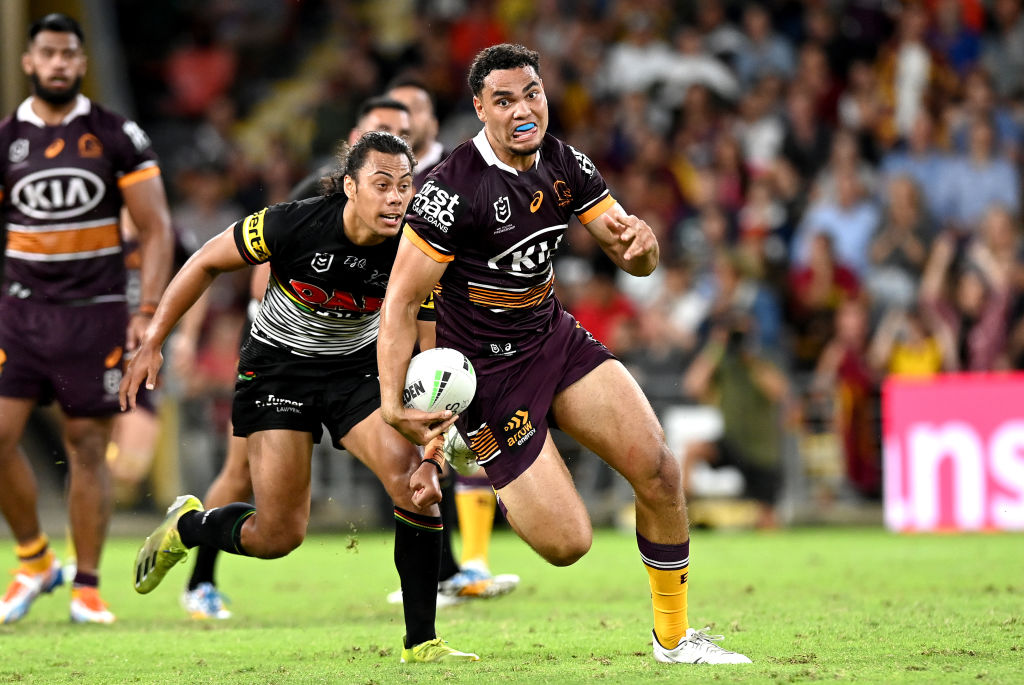 BRISBANE, AUSTRALIA – APRIL 15: Xavier Coates of the Broncos breaks away from the defence during the round six NRL match between the Brisbane Broncos and the Penrith Panthers at Suncorp Stadium, on April 15, 2021, in Brisbane, Australia. (Photo by Bradley Kanaris/Getty Images)

Will the Storm be able to play as a cohesive group with players gone or departing?
This year, the club have already lost Josh Addo-Carr, Nicho Hynes and Dale Finucane. Next year, they will lose Brandon Smith, Jesse Bromwich and Felise Kaufusi, while there are rumblings that Kenny Bromwich will also be on the way north to join brother Jesse at the Dolphins.

That is a large group of talent to lose, but not just the talent – it’s the culture.

Those players have been with the Storm for years in most cases and have been a large part of the reason they simply keep winning and finishing at the top of the table.

The pressure on others to stand up, accept responsibility for the culture and keep winning is now enormous, and with so many already committed elsewhere for 2023, you have to wonder just how well they will be able to play in 2022.

Winning will help, but if the winning stops, it could be a big struggle to get it back.

Is Craig Bellamy still the best?
That all being said, the one ace the Storm have up their sleeve if you like if Craig Bellamy.

His middle name might as well be “winning” for all of it that he does. His time in charge of the Storm has been as successful as any coach in the history of the game at any club.

He has barely ever missed the finals, made more than just a few grand finals and won premierships to boot.

The last two years have proven if anything that he has gone to another level at the head of the purple coloured ship, bringing through players who haven’t been able to make it elsewhere and turning those in the Melbourne system into something special.

The way his team defends and play for their coach is something every other club in the game have aspired to for years.

But this will be the toughest campaign Bellamy has faced yet. We are about to find out just how good he really is.