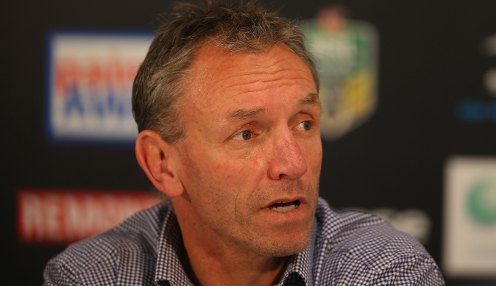 Gold Coast Titans have left the door open for Anthony Don to claim a centre spot at the start of the new season.

The 27-year-old has only made one of his 28 NRL appearances in the centres, but wants to win coach Neil Henry’s nod in 2015.

Don, who played at centre in the Round 26 clash with the Bulldogs last season, is aiming to make the starting team for the opening round against the Wests Tigers where the Titans are 1.72.

He’s handled the defensive role very well the times when he’s played in the centre.

“I’ve never played a Round 1 game. That’s my main goal for the pre-season, to be in the team for Round 1,” he said.

He said he felt more confident with each NRL game and believed he had done well whenever he got an opportunity with the Titans, who are 51.00 to win the grand final.

Henry said Don, who has 16 NRL tries to his name, was also a solid defender.

The coach added: “He’s handled the defensive role very well the times when he’s played in the centre so I think he’s quite keen to have a crack at that position and he’ll get every opportunity.”

Don has played some Queensland Cup games in the centres, and Henry feels he is sometimes wasted on the wing. He has slotted him into the centres in training drills as he looks for the right combinations ahead of the new campaign.

Don’t forget all of the fantastic markets we have to offer, including In-Play betting, can be accessed on your mobile phone with the new and improved bet365 On The Move.