Rugby League Betting - NRL Betting
Home » NRL - National Rugby League » “I want to get back and play”: Latrell eager to repay the faith

“I want to get back and play”: Latrell eager to repay the faith 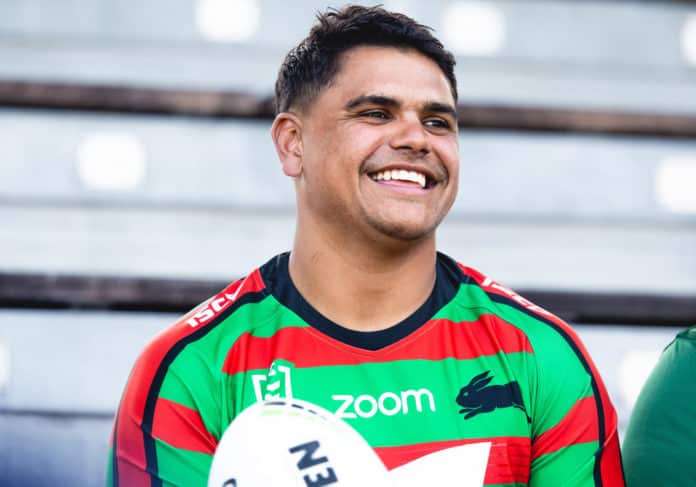 If you asked Latrell Mitchell why he was excited about returning to the football field, the star fullback could probably give you 1,000 reasons why, but there’s only one thing on Mitchell’s mind this weekend – repaying the faith.

Mitchell hasn’t played a minute in the NRL for 12 weeks now, yet he remains in the frame for a State of Origin decider, a testament to Latrell’s raw potential, and ability to break a game wide open.

Focusing on making the Origin squad would be the easiest motivator, but after all the club has done for him, Mitchell’s focus lies on giving back to them after they’ve stuck by him through thick and thin.

The Rabbitohs paid approximately $70,000 to send their fullback to the United States after his latest injury setback, a luxury not granted to many across the competition. Most coaches would let their players sit in the rehab room of the clubhouse, doing stretches and lifting weights until they could come back outside.

Mitchell instead spent his rehab in Philadelphia, strengthening his hamstring alongside a conditioning specialist, ensuring that lightning won’t strike ‘Trell’ twice.

The fullback has played in just 35 out of a potential 64 games for South Sydney since joining the club months before the 2020 season, narrowly creeping above the 50% availability mark. While the club has a fine young replacement coming through in Blake Taaffe, he doesn’t have the physicality of Mitchell, he doesn’t have that ‘run through a brick wall’ instinct that Latrell possesses.

And now, after 12 long weeks, Mitchell is ready to show the club why their patience will pay off.

“They have shown a lot of patience in me, a lot of perseverance. I’m definitely keen to get back and repay that.” Mitchell told the Sydney Morning Herald.

“It’s been a crazy journey, but South Sydney have been such a wonderful club for me. I really cherish the things they’ve done and I want to pay it forward. I want to get back and play, I’m really keen.” 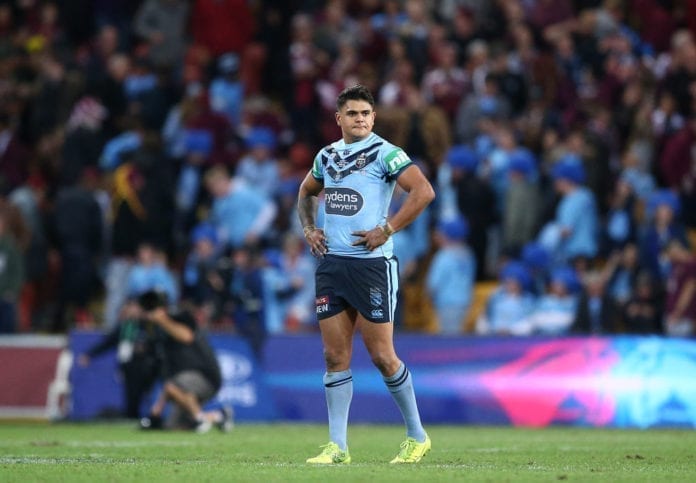 BRISBANE, AUSTRALIA – JUNE 05: Latrell Mitchell of the Blues reacts to the loss during game one of the 2019 State of Origin series between the QueenslandMaroons and the New South Wales Blues at Suncorp Stadium on June 05, 2019 in Brisbane, Australia. (Photo by Jono Searle/Getty Images)

Had it not been for an untimely positive COVID test, Mitchell would’ve likely played against the Dragons before rep round, and even earn selection for the second State of Origin clash.

Latrell will face Parramatta on Saturday desperate to not just get South Sydney’s season back on track, but his own as well. If he comes back from his long lay-off in strong form, then there’s every chance we could hear Brad Fittler read out his name on Sunday night when he announces his squad for the decider.

But if he isn’t selected for his state, then you better believe that instead of dropping his head, Mitchell will lead the Rabbitohs out in the bye round against Newcastle, ready to repay the faith.