Junior overhaul: No competitive games until 13 as NRL and NSWRL embrace development program 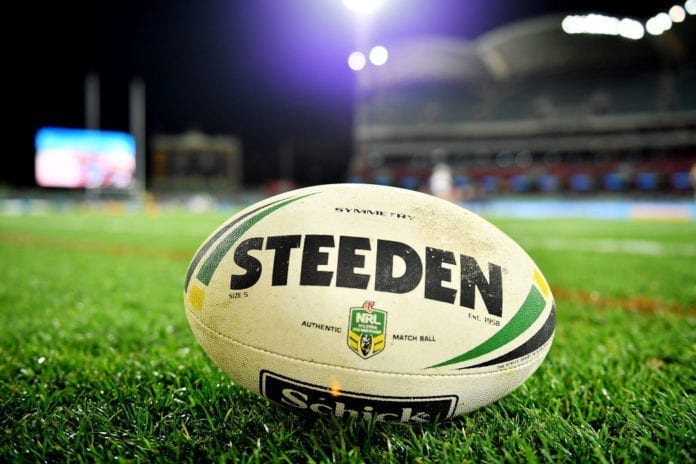 ADELAIDE, AUSTRALIA – JUNE 24: A general view of an NRL ball on Adelaide Oval prior to the round 16 NRL match between the Sydney Roosters and the Melbourne Storm at Adelaide Oval on June 24, 2017 in Adelaide, Australia. (Photo by Daniel Kalisz/Getty Images)

The NRL and NSWRL have signed off on an overhaul of junior rugby league in New South Wales, with a new policy set to be announced in the next fortnight that includes plans to abolish competitive games until the age of 13 and tackling until midway through under-7’s, according to the Sydney Morning Herald.

The plan is to be rolled out across New South Wales for the 2023 season, with the intended aim of increasing junior participation levels and protecting kids on and off the field.

The Herald reports that the changes were initially supposed to be unveiled this week, but the NSWRL has delayed the decision as they seek public support from some of the sport’s biggest names to minimise the anticipated backlash.

The changes to tackling rules have already been implemented in some areas of Queensland, in line with the NRL’s player development framework.

Those too young to play tackle football will instead play League Tag – an already popular version of the game where players grab a tag attached to their opponent’s shorts by velcro to constitute a tackle.

The NRL’s TackleReady program, based on a wealth of research and initially delivered in 2019, strives for a phased-in education around correct and safe tackle techniques.

“The program aims to provide participants with a systematic introduction to tackling and being tackled, leading to a greater level of enjoyment,” an NRL spokesperson told the Herald.

The other expected decision – to remove competitive games until the age of 13 – would be in line with the current system in place in the under 6, 7 and 8 statewide competitions.

The intent is to place an emphasis on fun while also reducing the pressure players may feel externally from parents and other sources.

The policy will be implemented gradually across age groups over a period of four years, with under-13 finals abolished by 2026.

New South Wales is the final state to adopt the ‘Rugby League Ready’ model, as the governing body seeks to stem the significant drop in participation among young male players.

Though junior female participation numbers are currently experiencing record growth, it was revealed last year that the NRL had seen an almost eight per cent drop in male tackling participants since 2015.