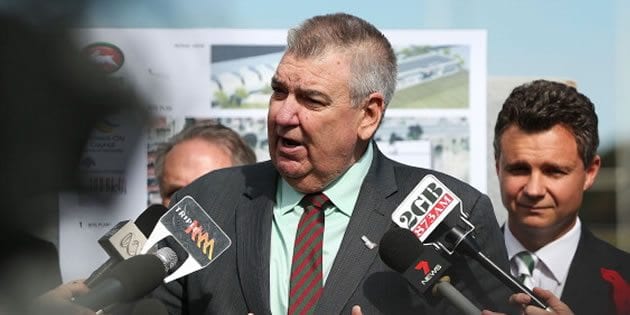 Rabbitohs general manager of football Shane Richardson has resigned effective immediately in a bid to help ease financial pressure from the suspended season due to the coronavirus crisis.

Formerly CEO of the club, Richardson will stay on board in a consultancy role.

South Sydney released a statement on the matter on the club website, where Richardson addressed the club members.

“In times like these, leaders have to step forward and lead,” Richardson said.

“When we were reviewing things with Blake (Solly) early in the week, it became very clear to me on Tuesday that I needed to step down. The cost of having me remain in the football department was one of our largest costs and as a club we need to cut the cloth to suit the suit.

“I made the decision on my own, it’s my decision, and then I informed Blake, the Board and Russell (Crowe). No one pushed me into this decision. It became very obvious to me that this was a decision that needed to be made for the next 18 months for the club.

Souths co-owner Russell Crowe added: “Quite simply, without Shane’s focus and input during the decade leading up to the 2014 premiership win, that victory would not have happened,” Crowe said. “Such is his vital contribution.

“Shane has made an incredibly selfless gesture on behalf of South Sydney. It’s something I’ve come to expect from him, he always puts the needs of the club first in everything he does.”