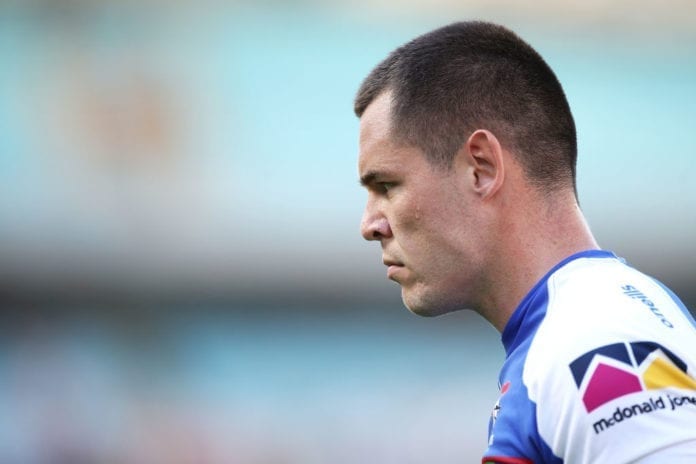 SYDNEY, AUSTRALIA – OCTOBER 04: David Klemmer of the Knights looks on during the NRL Elimination Final match between the South Sydney Rabbitohs and the Newcastle Knights at ANZ Stadium on October 04, 2020 in Sydney, Australia. (Photo by Mark Kolbe/Getty Images)

Newcastle prop David Klemmer is a late withdrawal from the Knights’ side to face the Roosters, per The Newcastle Herald’s Barry Toohey.

According to Toohey, Klemmer is set to miss his team’s clash with the Chooks due to concussion.

Breaking: @NRLKnights blow with prop David Klemmer ruled out of Roosters game due to concussion.

It is understood that Klemmer has failed to pass concussion protocols this week in the build up to the match after suffering a head knock against the Storm.

In lighter news for Newcastle, Kalyn Ponga is set to play against the Tri-Colours after suffering a head knock of his own last week, having since past required tests.