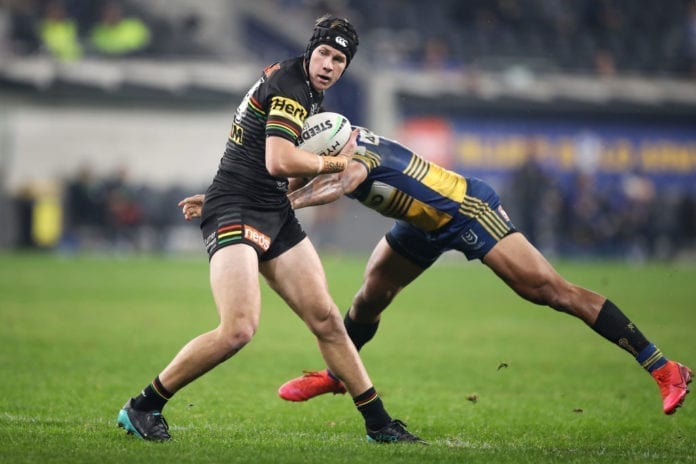 SYDNEY, AUSTRALIA – JUNE 12: Matt Burton of the Panthers is tackled during the round five NRL match between the Parramatta Eels and the Penrith Panthers at Bankwest Stadium on June 12, 2020 in Sydney, Australia. (Photo by Mark Kolbe/Getty Images)

Penrith young gun Matt Burton has signed with the Bulldogs for the 2022 and 2023 seasons, with a player option for a potential third season at Belmore, per The Daily Telegraph.

The 20-year-old is set to pair up with Flanagan and take on the five-eighth role in 12 months time when his contract with Penrith expires.

Confirmed: Burton has told Panthers he is leaving at end of 21 to join Dogs

Burton told Ivan Cleary and Cronulla, who were also keen on his services, of his decision to sign with the Bulldogs on Tuesday.

Both Canterbury and Penrith fans will wait to see if Burton requests an immediate release to play under Barrett for the 2021 season, potentially extending his stay to four years at Belmore.