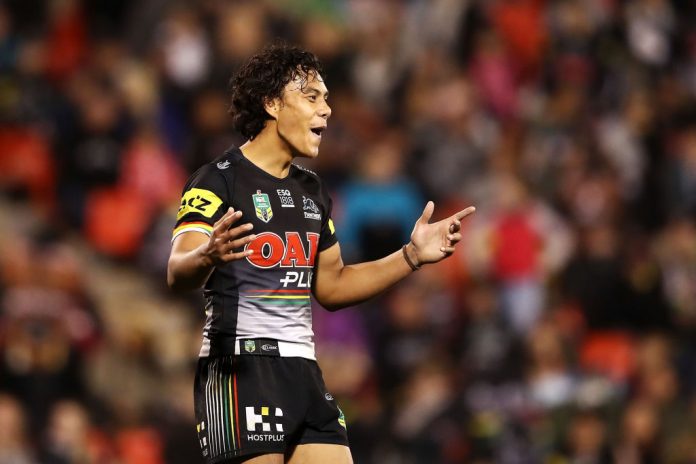 PENRITH, AUSTRALIA – JULY 06: Jarome Luai of the Panthers celebrates victory during the round 17 NRL match between the Penrith Panthers and the New Zealand Warriors at Panthers Stadium on July 6, 2018 in Penrith, Australia. (Photo by Mark Kolbe/Getty Images)

Penrith have stepped up in their bid to ignite a dynasty under Ivan Cleary, with the club offering lucrative long-term deals to star duo Jarome Luai and Isaah Yeo, per The Australian’s Brent Read.

The NSW duo returned from their Origin duties and have quickly been in talks with the Panthers in regards to new contract extensions that will keep them in Penrith for the long-haul.

The club is keen to retain its grand final squad that has thrived under the leadership of several young guns, with Spencer Leniu also in line for a new deal with Penrith.

Promising five-eighth Matt Burton is on the radar of several clubs, namely Canterbury, while star centre Stephen Crichton is set to discuss his future with the club in the coming weeks.

With skipper James Tamou departing for Wests, Yeo is seen as the player to likely take on the captaincy at Penrith after a shining 2020 campaign.