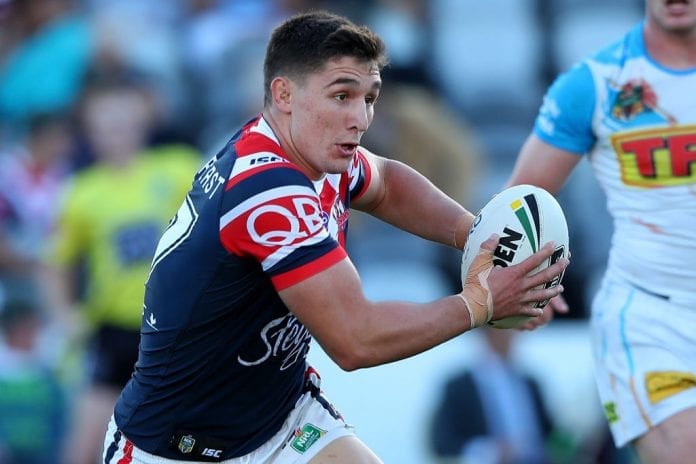 GOSFORD, AUSTRALIA – MAY 26: Victor Radley of the Roosters in action during the round 12 NRL match between the Sydney Roosters and the Gold Coast Titans at Central Coast Stadium on May 26, 2018 in Gosford, Australia. (Photo by Tony Feder/Getty Images)

While South Sydney’s Tom Burgess, Canterbury’s Luke Thompson and Canberra’s Elliott Whitehead will all return to the English team, Radley, Brisbane Broncos centre Herbie Farnworth and Newcastle Knights winger Dominic Young have all been named to make their Test debut for the nation in a warm-up clash against Fiji.

Young’s decision to represent England came as a shock after it looked certain the 21-year-old would represent the Reggae Warriors alongside brother Alex.

The squad also features a number of players who have appeared in the NRL previously, including former Raiders George Williams and John Bateman. 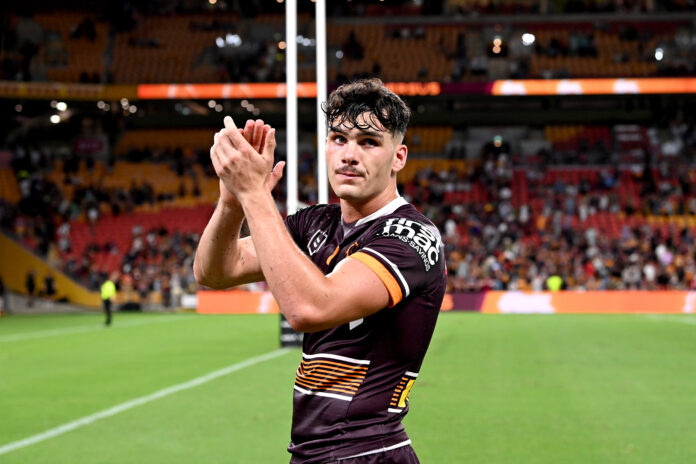 BRISBANE, AUSTRALIA – MARCH 11: Herbie Farnworth of the Broncos celebrates victory after the round one NRL match between the Brisbane Broncos and the South Sydney Rabbitohs at Suncorp Stadium, on March 11, 2022, in Brisbane, Australia. (Photo by Bradley Kanaris/Getty Images)

Lancashire-born Farnworth, who hasn’t played for Brisbane since suffering a ruptured bicep in Round 14, was elated to be making his first tournament appearance.

“To be named in the squad is an absolute dream,” Farnworth told NRL.com.

“It feels kind of weird that (the tournament) is here now but I can’t wait to play on English soil again. I’ve not played in front of my family for a long, long time… I was about 16 or 17 last time so that will be pretty cool.”

The squad, which includes five members of the Super League-winning St Helens team, will be captained by former Warriors fullback Sam Tomkins.