Ranking the FIVE best grand finals of the last decade 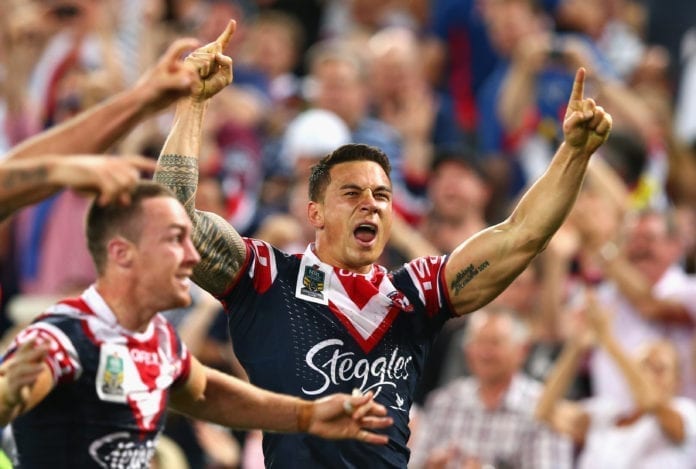 On October 6th 2002, the Sydney Roosters claimed their 12th premiership when they beat the Warriors 30 – 8.

It was 11 years to the day before they would once again hoist the Provan-Summons trophy in the air and doing so again would not prove easy.

In his first year as a NRL first grade coach, Trent Robinson built a quality roster that was equal parts skill, talent and experience.

On the other side of the equation stood a Manly outfit led by Jamie Lyon and the same spine that had won the title of premiers two seasons prior in 2011.

Fans might have suspected they were in for a special night from the opening carry as Roosters forward Sam Moa wound up and sent Manly’s Glenn Stewart wobbling in a ballistic collision.

Points did not flow freely in the opening half with both sides needing to send the ball high and wide for their opening tries.

Manly may have trailed by two at the break (8 – 6) but Jeff Toovey’s side had no intentions of going home without some fresh silverware.

The Sea Eagles would swoop two tries in the opening 10 of the second half and extend their margin to 18 – 8 with Lyon slotting successive conversions.

The tri-colours would wrestle back control when James Maloney sent Adian Guerra through untouched.

Then further capitalised on their momentum when a line break from Maloney and an audacious pass from Anthony Minichiello led to Shaun Kenny-Dowall scoring to level the contest.

The conversion would see Sydney reclaim their two-point advantage at 20 – 18 but they still needed to put the final nail in the coffin.

And they would do so via the pure athleticism of Michael Jennings.

Maloney inside 10 of the Manly line, fires out a pointed grubber kick that for all money is destined for the dead ball line.

Jennings does not give up on it, as he flies through to plant down the match sealer from centimetres inside the in goals.

The Roosters had overcome a 10-point deficit to score 18 unanswered points and finally claim their premiership baker’s dozen.

SYDNEY, AUSTRALIA – OCTOBER 06: Sonny Bill Williams of the Roosters celebrates victory during the 2013 NRL Grand Final match between the Sydney Roosters and the Manly Warringah Sea Eagles at ANZ Stadium on October 6, 2013 in Sydney, Australia. (Photo by Ryan Pierse/Getty Images)