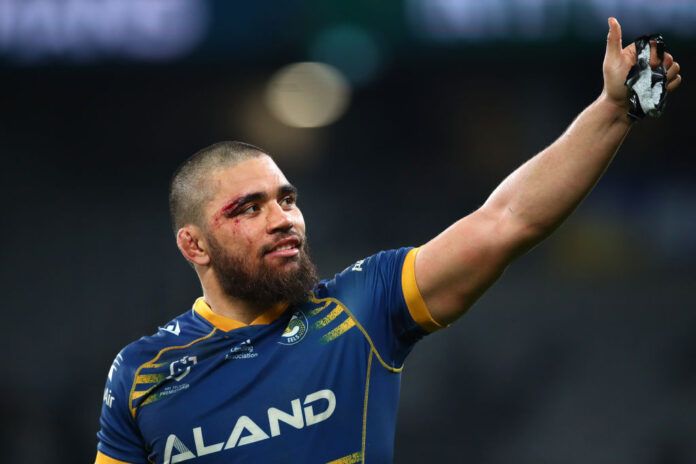 SYDNEY, AUSTRALIA – JULY 15: Isaiah Papali’i of the Eels thanks the crowd after the round 18 NRL match between the Parramatta Eels and the New Zealand Warriors at CommBank Stadium on July 15, 2022, in Sydney, Australia. (Photo by Jason McCawley/Getty Images)

Parramatta Eels back-rower Isaiah Papali’i has been a picture of calm in the lead-up to his first grand final appearance, claiming both he and the club are determined to maintain the routine that has brought them to the cusp of glory and not buy into the media hype during a historic grand final week.

“This whole week’s different. It’s not our usual game, but we know what’s on the line,” Papali’i told Zero Tackle.

“I don’t want to get caught up in the hype, because I know what’s been working for us. We want to keep our routine pretty much the same.

“If we get too hyped then we just get caught up in the week and come game day we’ll be out of energy. I’m just trying to take a relaxed approach.”

It’s in stark contrast to the club’s preliminary final win, where Papali’i felt the full wrath of Jason Taumalolo in a fiery and clearly personal contest, including a dangerous shot that saw the Cowboys star spend time in the sin-bin.

Papali’i knew immediately what was ahead of him – and it’s the perfect preparation for the task that lies ahead this week in Penrith wrecking ball Viliame Kikau.

“I noticed (he was after me) as soon as kick-off,” Papali’i recalled.

“I realised ‘oh, I’ve actually got to get my body in front of him here’.

“It was because of what I said in the media last week about challenging myself against him. He must have got a hold of that and put it in the back of his mind going out there.

“I enjoyed the battle. He’s a world-class player, everyone knows that. He had an awesome game.

“He was definitely targeting me, but it’s all part of the fun and I enjoyed the challenge, even when he got me with that tackle.”

Despite his incredible form in the lead-up to what is likely to be his last game in blue and gold, Papali’i has spent the past few weeks being hounded about whether or not he’ll fulfil his decision to move to Wests Tigers at season’s end.

While you could understand a regular person growing increasingly frustrated at the constant interrogation, the 24-year-old isn’t phased in the slightest.

“One more week!” he jokingly exclaimed when asked if he was looking forward to the end of the questions.

“Nah, it doesn’t bother me – I get asked about it, I say what I’ve been saying all this time, and then it just goes back to normal and I talk about other things.

“I’ve been able to not focus on it. I’ve got my agent there and we have a dialogue, we talk all the time. That’s who I go to if anything’s on my mind.”