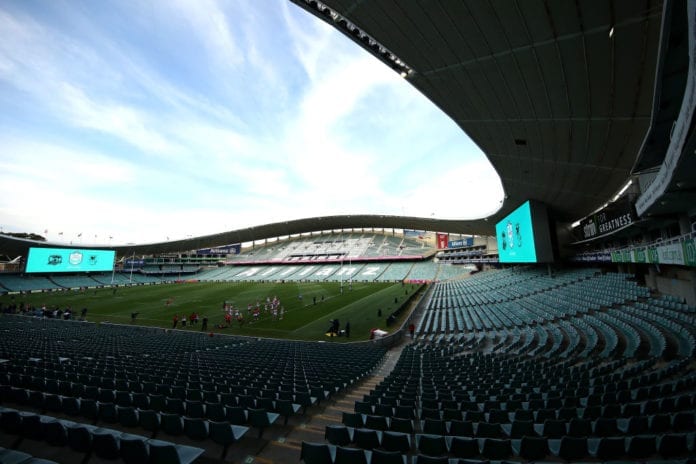 SYDNEY, AUSTRALIA – SEPTEMBER 22: Allianz Stadium in Sydney ahead of the final sporting fixture to be held prior to demolition on September 22, 2018 in Sydney, Australia. Allianz Stadium, formally known as the Sydney Football Stadium is a rectangular sports field built in 1988 next to the Sydney Cricket Ground. It is used for field sports including rugby league, rugby union and football and hosts stadium concerts. The New South Wales government will rebuild the venue into a 40,000 to 45,000 seat state of the art facility to commence late 2018 due for completion in 2022. (Photo by Cameron Spencer/Getty Images)

The reconstruction of the Sydney Football Stadium is on track to be completed ahead of the 2022 NRL finals, when it is likely to be opened.

Despite delays to the COVID pandemic which brought construction to a grinding halt, the stadium reached a major milestone on Wednesday as the first seats were put in place.

New South Wales state premier Dominic Perrottet retweeted a tweet showing the stadium’s progress and said the proposed 42,500-seat venue will be open for the 2022 finals.

Here’s a peek at the Sydney Football Stadium redevelopment.

The first seats have now been installed and all 42,500 of them will be arranged to give footy fans the best view possible.

The new capacity is approximately 1500 seats smaller than the old venue, however, will bring the new Sydney Football Stadium in line with modern safety requirements and be an all-round better experience for fans across multiple sports, with the Sydney Roosters sharing the venue with the New South Wales Waratahs in rugby union and Sydney FC in the A-League.

It’s also thought other NRL clubs could host games there from time to time, including the South Sydney Rabbitohs, Wests Tigers and St George Illawarra Dragons, who will likely continue taking the Anzac Day blockbuster against the Roosters to the venue every second year when hosting.

All 42,500 seats are set to be undercover under the proposed stadium plan in what will be set up as a slightly larger version of Parramatta’s CommBank Stadium.

The decision to completely rebuild the Moore Park venue created major controversy ahead of its approval, and seemed to indicate the New South Wales government steering away from suburban grounds and traditional homes of clubs.

However, that approach seems to have changed. Planned upgrade works to Stadium Australia at Homebush, which would have turned it into a rectangular venue, have been put on the backburner.

Instead, Perrottet was quoted during the week saying that he backed the NRL’s plan to upgrade smaller stadiums, provided a business case can be made for each upgrade.

Suburban grounds have formed the backing of the NRL over the years, and bigger grounds often attract poor reviews from fans for a lack of atmosphere.

It’s understood the government and NRL have earmarked Brookvale Oval, Penrith Stadium and a new venue at Liverpool as their next major projects, with the Bulldogs and Tigers likely to play out of any Liverpool venue.