Ten players set for a breakout year in 2022 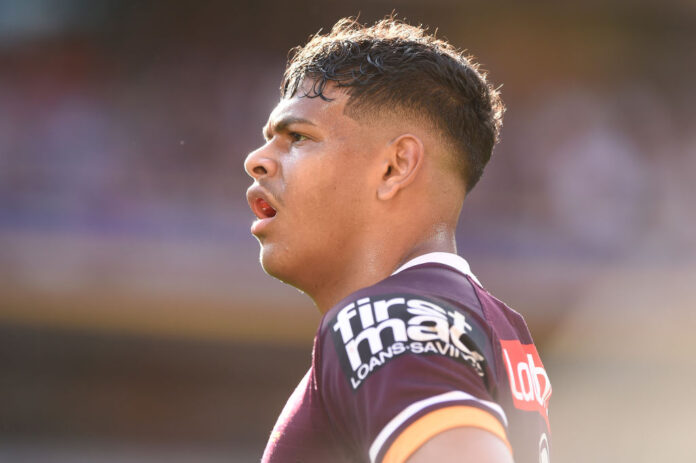 BRISBANE, AUSTRALIA – SEPTEMBER 04: Selwyn Cobbo of the Broncos looks on during the round 25 NRL match between the Brisbane Broncos and the Newcastle Knights at Suncorp Stadium, on September 04, 2021, in Brisbane, Australia. (Photo by Matt Roberts/Getty Images)

One of my favourite events each and every NRL season is seeing young stars emerge.

Whether they be rookies who catch the attention of fans right away, like a Sam Walker or Reece Walsh, or a player who finally delivered on their promise, it never fails to bring a smile to fans’ faces.

2022 looks like a season where a huge crop of talent see their stocks rise in a big way.

I’m going to look into my crystal ball and try to predict ten such players.

Players who will enjoy a Will Kennedy 2021-like season. Kennedy went from a handy fringe first grader to the star of the team over the course of this past year.

Players like Reece Walsh, Jayden Campbell and Sam Walker will be better at the end of 2022 than they are now, but their stocks are already sky high.

Much like past lists, this is purely for fun and not to be taken overly seriously. There will be misses on the below but if you asked me now; “Hey Dan, name 10 players you want to buy stock in now, to cash in end of season,” these are those 10.

If you say the words “breakout 2022” the Canberra winger and fullback comes immediately to mind. He is the youngster I have marked as one of 2022’s brightest.

Savage has Queensland Origin written all over him. I would not be shocked, at all, if he runs out on the wing for Origin 1 in Maroon.

The 19-year-old looks set to take over the custodian role for the Green Machine, meaning Charnze Nicoll-Klokstad will shift into the centres.

Savage looked like a million dollars in his two games at fullback in 2021. 10 tackle breaks, a try and two try assists in his two games (plus 11 minutes that never should have been against the Dragons) shows his attacking potential.