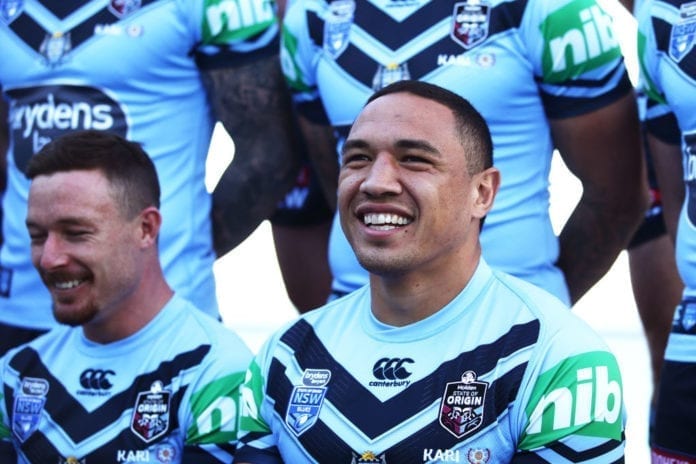 SYDNEY, AUSTRALIA – MAY 27: Tyson Frizell looks on during a New South Wales Blues State of Origin media opportunity at North Bondi Surf Club on May 27, 2019 in Sydney, Australia. (Photo by Matt King/Getty Images)

We are now just weeks away from Origin One and NSW eligible players are dropping like flies.

Latrell Mitchell has long been ruled out while Ryan Papenhuyzen’s recent injury has robbed him of a near certain Origin debut.

Origin mainstay Cameron Murray joins the aforementioned stars in the casualty ward following a serious injury. He was certain to run out for the Blues on June 8th.

Murray’s loss will be someone else’s game, with both Origin second row spots up for grabs.

Looking at the list of names there are plenty of options but I certainly wouldn’t want to be in Brad Fittler’s shoes come selection.

Below are the players most likely to run out to represent New South Wales in the Series opener in Sydney.

The most obvious of straight swaps is bringing in Roosters superstar Angus Crichton. Murray, when in the second row, and Crichton play a similar game.

They are both big minute, high impact players with true try-scoring potential.

Crichton has played the full 80 minutes for each of the five performances prior to this being compiled. He seems to have put a short stint on the interchange bench behind him.

The Roosters superstar is actually more experienced in the rep arena than Murray, although he did only play 41 and 29 minutes in his 2021 Origin appearances.

Crichton probably hasn’t delivered to his greatest potential yet in the Sky Blue, but if he’s given the starting spot I expect 2022 to be the year.

There’s always the chance that Chrichton may have been picked to run on in front of Murray but even if the reverse was to be true, you won’t lose much with the Temora-born star. 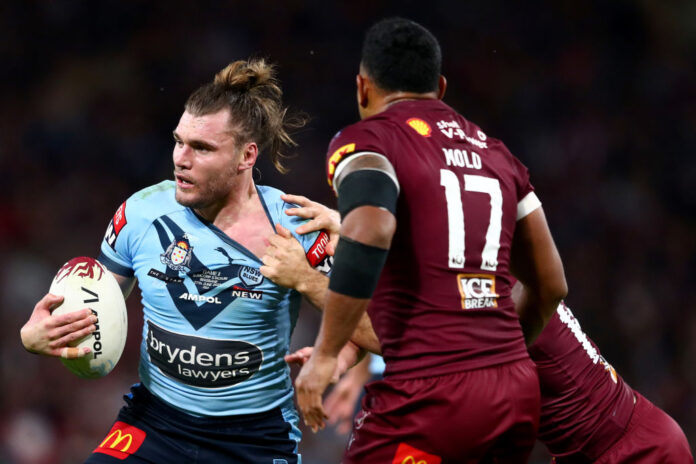