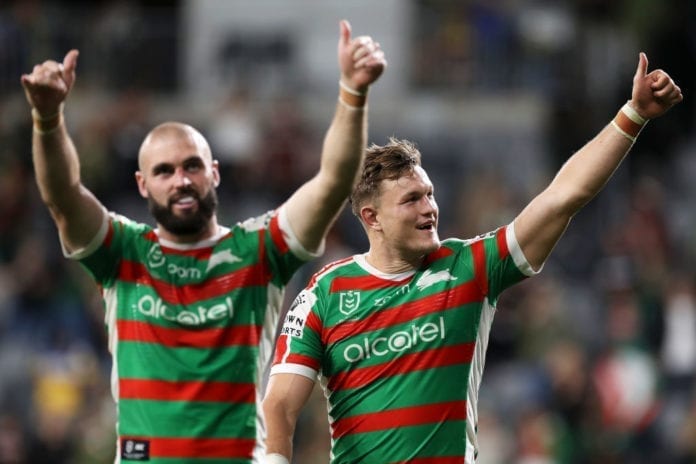 SYDNEY, AUSTRALIA – OCTOBER 10: Mark Nicholls and Liam Knight of the Rabbitohs waves to the crowd as they celebrate victory during the NRL Semi Final match between the Parramatta Eels and the South Sydney Rabbitohs at Bankwest Stadium on October 10, 2020 in Sydney, Australia. (Photo by Mark Kolbe/Getty Images)

The South Sydney Rabbitohs are reportedly set to extend the contract of veteran and in-form forward Mark Nicholls.

Nicholls has had what can only be described as the best year of his career to date, having played 25 games and averaging well north of 100 metres per contest.

He has turned himself into a genuine starter for the Rabbitohs alongside Tevita Tatola, pushing English-born forward Thomas Burgess back to the bench on a consistent basis.

Improving enormously under coach Wayne Bennett after previous stints at the Melbourne Storm and Canberra Raiders, Matt Logue is now reporting for Fox Sports that Nicholls will remain at Redfern for the next two years.

Nicholls was the stand-in Rabbitohs captain during their Round 25 victory over the St George Illawarra Dragons, when coach Bennett rested a large chunk of his best 17. 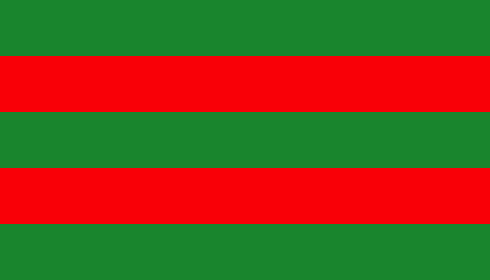 The Rabbitohs recruitment and retention looks very stable for next year, with only Anthony Milford joining the club, while the relatively unused Joshua Cook and Patrick Mago will leave alongside Adam Reynolds, Dane Gagai and Jaydn Su’A.

It’s unclear whether Marshall will play on, while the futures of Moga and Burns, as well as the trio of youngsters are still up in the air.

The Rabbitohs will undertake a mini rebuild next year, with Reynolds joining Bennett out of the club, and incoming coach Jason Demetriou will be looking to the rock-solid and ever-reliable Nicholls to lead the forward pack alongside Origin stars Damien Cook and Cameron Murray.

Nicholls will once again start for the Rabbitohs on Friday evening in a preliminary final against the Manly Sea Eagles.