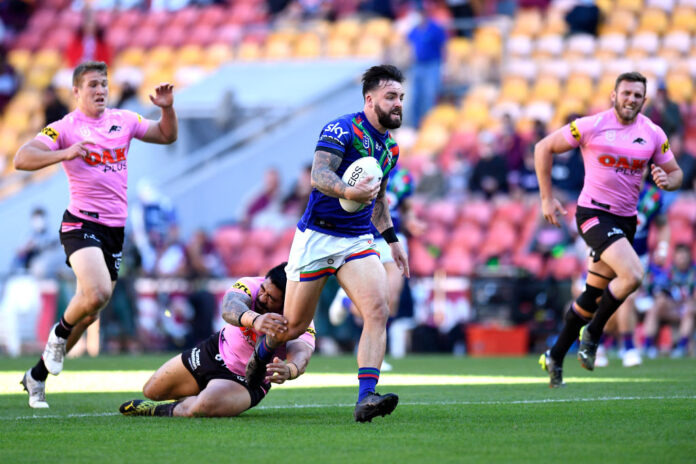 BRISBANE, AUSTRALIA – JULY 18: Wayde Egan of the Warriors breaks through the Panthers defence before scoring a try during the round 18 NRL match between the New Zealand Warriors and the Penrith Panthers at Suncorp Stadium, on July 18, 2021, in Brisbane, Australia. (Photo by Albert Perez/Getty Images)

The New Zealand Warriors have confirmed dummy half Wayde Egan will be going nowhere anytime soon.

Egan, who has played 38 games for the Warriors since joining the club in 2020, has signed a new two-year deal with the Auckland-based outfit which will see him remain with the Warriors until the end of 2024.

His contract was originally to expire at the end of the 2022 season, and there was plenty of speculation suggesting he wasn’t going to be offered a new deal until at least Round 6 next season, in much the same method forcing Chanel Harris-Tavita to reportedly try his hand on the open market.

But the Warriors have ended that speculation today, with the former Panther – who played the first 29 games of his career at the 2021 premiers between 2018 and 2019 – agreeing to remain with the Warriors long-term.

Egan has become the Warriors’ first-choice hooker over the past two seasons, and will continue to be that in 2022, although young gun Taniela Otukolo may put pressure on him for the jersey.

Coach Nathan Brown commended Egan in the way he had improved his game. 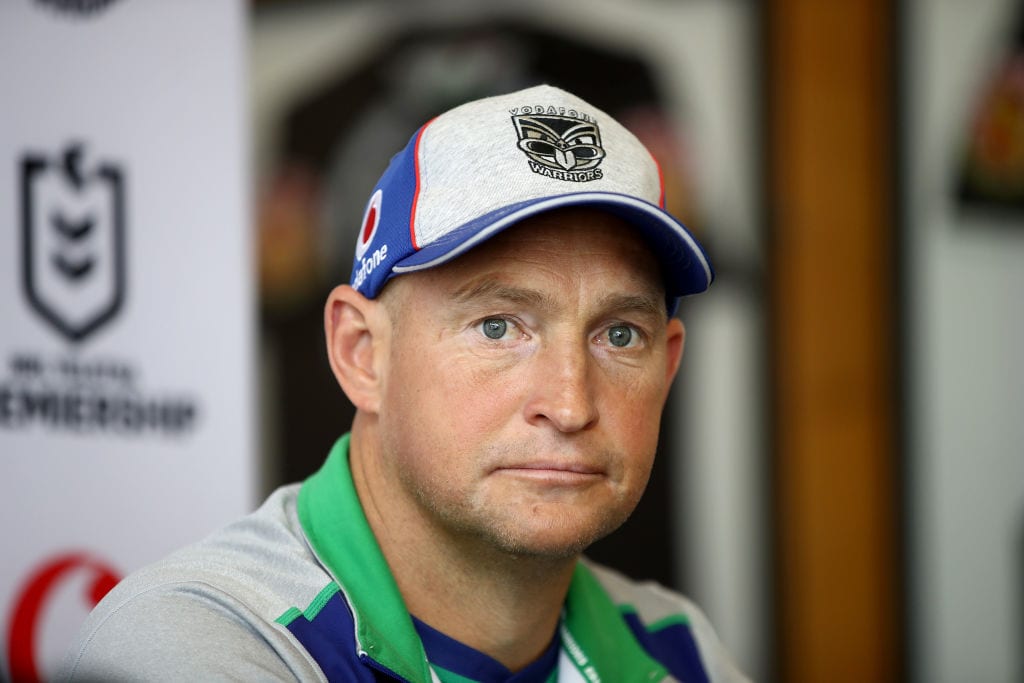 “He gave us tremendous value this year, performing consistently well and standing out as one of our best players across the season.”

Warriors’ general manager of football Craig Hodges said it was an exciting signing for the club.

“We’re really excited to have Wayde with us for a further two years,” Hodges said.

“He impressed throughout the season giving us real consistency with his work at hooker.

“We like what he brings to the squad and to the club as a whole with his work ethic as well as his attitude off the field where he has a passion for community causes.”