What your club needs for 2021: Manly-Warringah Sea Eagles SYDNEY, AUSTRALIA – APRIL 06: Tom Trbojevic of the Manly Sea Eagles is congratulated by team mate Daly Cherry-Evans after scoring a try during the round four NRL match between the Manly Sea Eagles and the South Sydney Rabbitohs at Lottoland on April 06, 2019 in Sydney, Australia. (Photo by Tony Feder/Getty Images)

The Sea Eagles will need luck with avoiding injuries to their big three in the Trbojevic brothers and Daly Cherry Evans.

The past two seasons have been railroaded by injury to star player Tom Trbojevic in particular.

Keeping the trio at Manly has come at a price as it has placed salary cap pressure on the make-up of the remaining playing squad and its depth.

Knowing their financial restrictions, Manly has had to be clever with their recruitment over the past few seasons and have been able to find some diamonds in the rough.

Ruben Garrick came as a cast-off from St George Illawarra, where he had been running around the lower grades without getting a look in the senior side.

Moses Suli, who was touted as a teen sensation at the Tigers but lost his way shortly after making his debut, was moved on by both the Tigers and then the Bulldogs before coach Des Hasler was able to get him back on track at the Sea Eagles in the past two years.

WOLLONGONG, AUSTRALIA – JUNE 16: Moses Suli of the Eagles in action during the round 15 NRL match between the St George Illawarra Dragons and the Manly Sea Eagles at WIN Stadium on June 16, 2018 in Wollongong, Australia. (Photo by Mark Nolan/Getty Images)

Curtis Sironen is playing his best football after finding a home at Lottoland. The list goes on and on of players picked from obscurity or were unwanted due to off-field behaviours from other clubs and have turned around their fortunes at Manly.

Unfortunately for the Sea Eagles, one from this group of misfits in Addin Fonua-Blake has left after taking up an offer from the NZ Warriors. At times his discipline let him down but he was arguably the best performed forward in the past two seasons.

The Sea Eagles have again been very astute in the player market for 2021. To offset the loses of Fonua-Blake, Joel Thompson, Dany Levi and Corey Waddell, they have signed Parramatta Eel Andrew Davey and former Sea Eagles fan favourite Kieran Foran. Wests Tigers forward Josh Aloiai has also expressed his interest to move to Manly for 2021.

Davey is the typical Manly signing of recent years. A fringe first-grader, who at 28, toiled for years in the lower grades before getting an opportunity in 2020. He’s tough and a good defender that is able to play in the back row or fill in at centre if needed.

Foran, who played in the 2011 Grand Final Premiership team with Manly, returns after being plagued by injury and off-field issues after stints with Parramatta, New Zealand and Canterbury. AUCKLAND, NEW ZEALAND – JULY 25: Kieran Foran of the Sea Eagles looks on during the round 20 NRL match between the New Zealand Warriors and the Manly Sea Eagles at Mt Smart Stadium on July 25, 2015 in Auckland, New Zealand. (Photo by Anthony Au-Yeung/Getty Images)

At best, Foran is one of the best five-eighths in the NRL. By returning to Manly, he links up with his premiership winning halves partner Cherry-Evans and coach Des Hasler.

If Foran can stay fit he will be a great acquisition. Where he fits into Des Hasler’s plan will depend on a few factors.

Danny Levi was released at seasons end after originally being signed to cover for Manase Fainu, who was stood down indefinitely due to an off-field incident and remains sidelined.

Dylan Walker’s immediate future is also under a cloud. He will be under scrutiny by the NRL integrity unit and Manly once a police investigation and potential court proceedings have been completed.

This leaves the hooker position vacant and potentially leaves the five-eighth role up for grabs. Cade Cust was impressive when given opportunities and will link up with Foran for both roles.

Hasler has put together a good forward pack led by Jake Trbojevic , Martin Taupau and young gun Taniela Paseka. A crop of young players will be vying for spots in the backline, including Josh Schuster and Tevita Funa, who were given a taste of the NRL last season.

Unfortunately for Manly fans, their squad lacks depth again in 2021. A few injuries will leave them exposed as seen in the past few seasons.

Des Hasler always squeezes out all that can be given by his squad but an injury to any of the big three will inhibit their ability to seriously challenge Penrith, Melbourne, Sydney and Canberra. 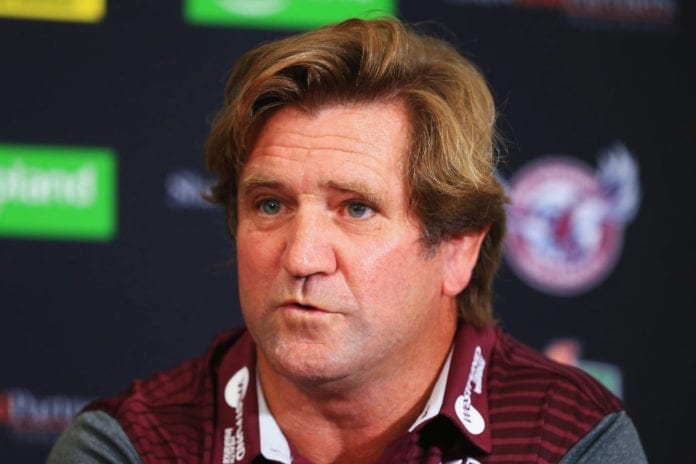 Des Hasler isn’t called the mad professor for nothing. Every thing he does is planned. He will work miracles as usual at Brookvale and have his team ready for season 2021.

If luck stays with his team, they can be a real contender in 2021. Without luck they will just be another horse in the race.